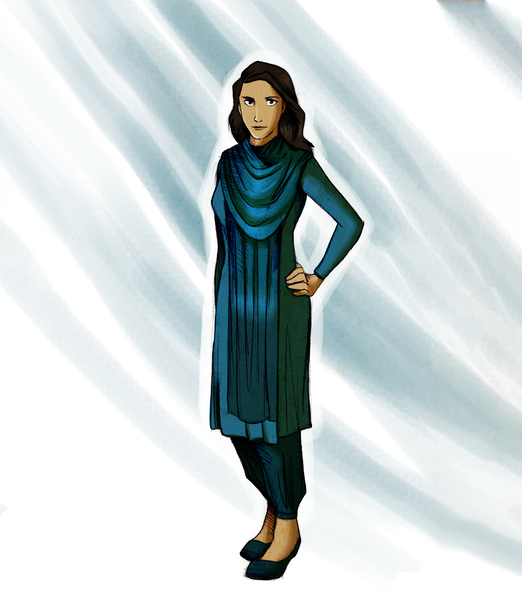 Close to being named partner in one of the most renowned law firms in Tempo, despite the most recent spread of prejudice against female lawyers in her community, Yasmine is no small-timer. She makes the 1.5 hour daily commute to one of the few remaining land-based metropolises--that of London, England. Yasmine is not one to be taken advantage of.

While the local villagers where she lives have scoffed at her quite a bit, since her encounter with the River, she has slowly been winning them over as she fights on their behalf in the court of law--and is doing so successfully. She has stood up for the rights of the disenfranchised rural folk, and she is certainly not flying under the radar.

Her skill with words stems from her gifting as a Speaker--breathing life into anyone and everyone around her.

She is absolutely more attack-minded.

What makes Yasmine stand out the most is her knack for making unexpected plays for power immediately following the heat of battle.