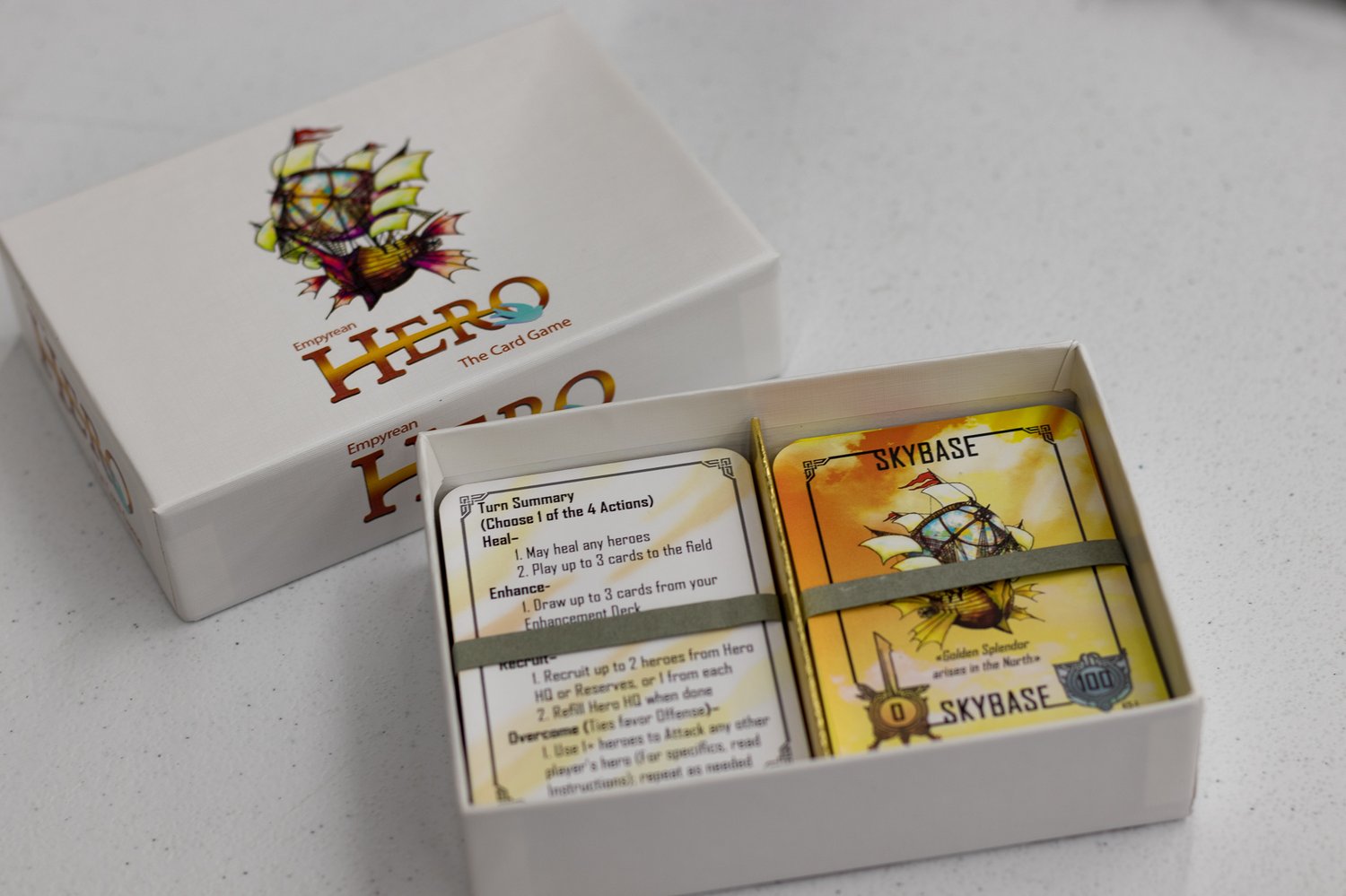 Description:
HERO is a tactical engine-building card game that puts on display the sky-battles of the heavens for all to see.

A cast of heroes, reborn within the multifarious cultures of a cataclysmic dystopia, battle side-by-side in eternity itself--as they train for the greater war against horde in the world of Tempo.

Gameplay:
Build gritty engines from an array of abilities that circumvent the game system itself, and plow headlong into the deepest corners of the HERO framework.

HERO is an acronym for the rules of the game. Each turn, players can take 1 and only 1 action. Read your opponent right to know when to choose which action. Every action comes with a steep opportunity cost.

H- Heal any heroes in the tableau of heroes on the table in front of any player.

E- Enhance heroes by drawing stats and ability cards from your personal enhancement deck and attaching them to your hero team directly. (Draft your deck before the game from a common pool, or use the recommended pre-set decks)

R- Recruit 2 heroes from a common market on the side of the field of play either from the face-up HERO HQ or the facedown HERO Reserves (or, ignore this, and just build up one buff boss-like hero).

O- Overcome opposing hero engines after having built up an engine, and seek out the ever-elusive One turn Win.

Iron sharpens iron in this strategic yet tactical hand management team builder. Training time is here. Easy to learn, a journey to Master.