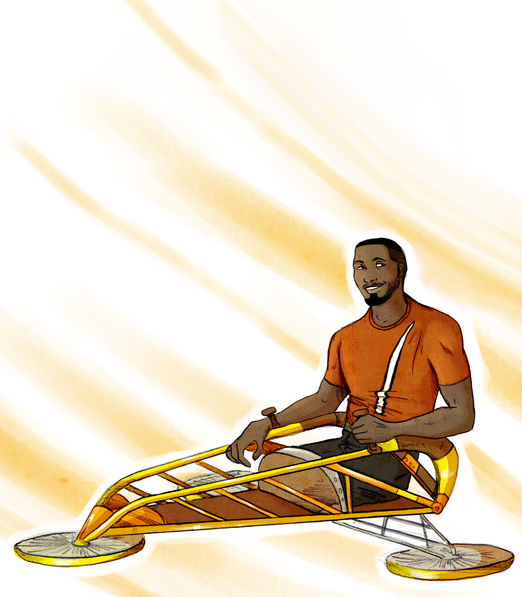 Raised in London, Michael grew up knowing he was different than others. His father, was an avid lover of dart racing, and Michael grew obsessed with the event--people flying in darts (personalized one-man APHs) at breakneck speeds through sky cities in mostly sanctioned races.

As a teen, he was not allowed to tryout for the local dart circuit, and he became consumed with frustration. In turn, he built his own dart, and after proving his dedication to the sport was eventually allowed to join. His anger did not cease to exist though. In fact, it was what drove him. He relied on it to thrive in the dart races.

While struggling tremendously for most of his life, an encounter with the River gave him eyes to see. He now races not from a place of anger--but instead from a place of rest.

Michael’s drive has established a passion for winning and excellence that motivates him to always hit hard and hit fast. Though not much defense (he didn’t build a tank), the sheer force of dart collision will catch anyone off guard.

It helps that he is often able to one up his opponents through sheer determination, providing access to more resources for his team.