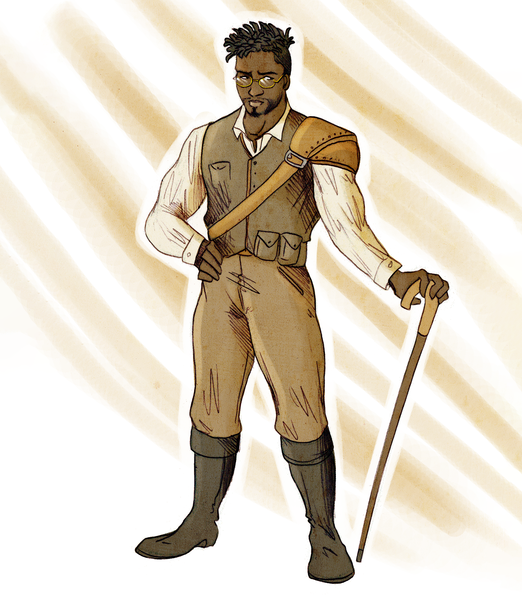 Mace is the son of high ranking, and quite wealthy, gladiators from Upper Rochester. Unlike heroes, Gladiators fight to the death for the pleasure of the financial elite, and yet, they themselves are among the elite. Gladiatorial combat is a chosen profession.

Mace rejected the lifestyle due to the risk--always in fear, as a child, that his parents might not survive the next day. He occasionally gets the urge to fight, but he suppresses the desire in favor of a solitary lifestyle as an accountant.

Since his encounter with the River, he has wrestled between his mental rejection of violence and doing what he was made for.

Mace is good at what he does. He is truly not a fighter in his own mind but instead stands tall and doesn’t fall easily.

However, his leadership can spur anyone to put out an intense amount of effort in the thick of battle.

With a massive defensive stance, this makes him the pillar of any team. Despite having no initial attack power, be careful of his long game.

More importantly, watch out for his ability to bolster the attack power of his friends.