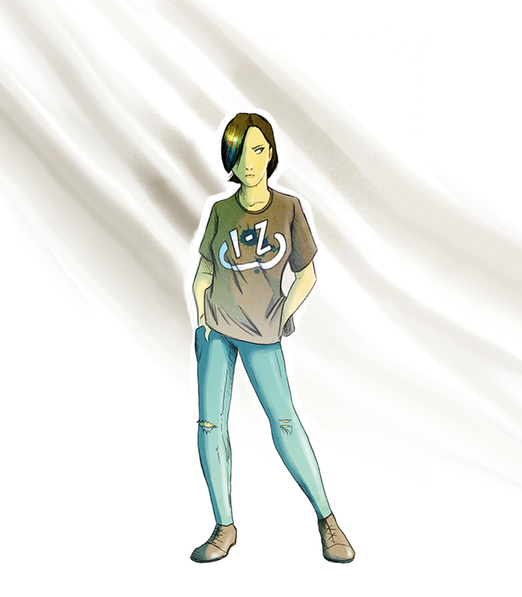 Raised in a small Japanese fishing village, where everyone played video games growing up, Izumi and her friends isolated themselves, avoiding games altogether. That is until they graduated and had to figure out what to do with their lives. With her friends joining the semi-pro gaming circuit (and eventually pro) after secondary school, Izumi now works a ticket stand for the Takahashi Super Arena, just to stay close to her friends.

Naturally, Izumi has become disillusioned with everyday life. As the tag-a-long friend who stands to the side watching her friends in photo ops, sometimes getting her shoulder in the picture, she questions the entire system. To survive in this world, one has to either make it big in entertainment, athletics, or politics, while people like her dad, a local small-time fishermen, suffer (at least in her eyes).

Frustrated with the world around her, and not one to outright attack others, Izumi gets incredibly defensive to be sure.

But, she doesn’t just defend herself; Izumi displays an unheard of loyalty that can benefit her friends at just the right time as she boosts her allies’ defense in the thick of battle.