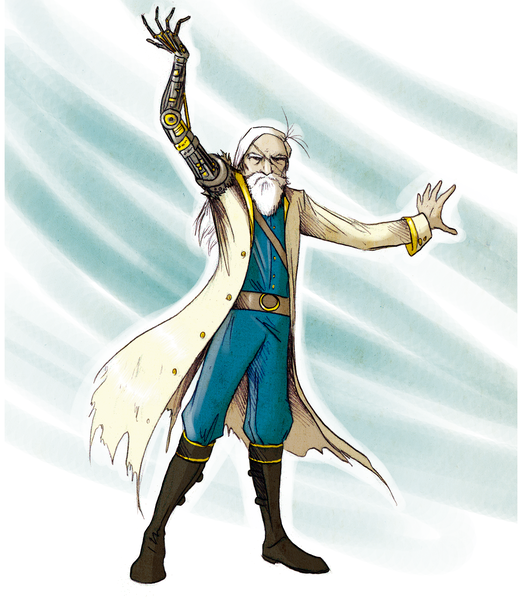 One day as a young man, he was simply doing his state mandated duty as a tax-collecting Market Man. Lower Rochester was supposed to be the "peaceful district," and yet he was still framed for someone else’s murder.

A complex life is a nice way to describe the reality that Isaac has faced over the years.

For instance, when it comes to having had one’s life stolen and replaced by an imitator, well--let’s just say, he has a nimbo-cybernetic for a reason.

Now as a Realineer, Isaac brings life into every strand of culture with which he interacts, no easy task.

With a balanced fighting style, he should not be left alone.

Isaac has a tendency to recover things that could very well change the course of history.