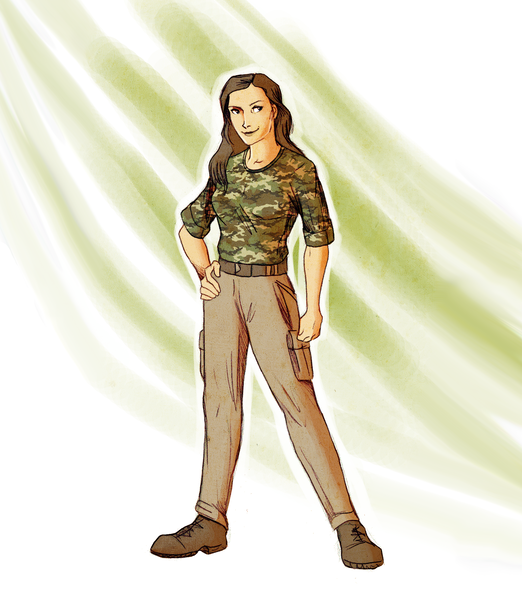 Raised from humble beginnings, a fire drives Ignacia's very state of being. After working her way up the chain of command in the army for the Central World System of South America, she further prevailed as an effective mercenary as well.

She studies hard and maintains a high level of respect from all those who have known her. Unassuming and highly adaptable, Ignacia has been through the crucible and has come out unscathed. A woman made of pure iron remains pure iron--always strong and ever sharpening.

Having left Tempo to serve full-time as the Captain of a SkyBase in the River, Ignacia helps all those under her guidance navigate their hard choices and walks through the ups and downs of life with them. She maintains a ferocity about her that makes her an effective leader but sometimes a bit stubborn.

Ignacia maintains a solid defense, and though less offensively inclined initially, time may allow her to become quite dangerous.

Never the quitter, Ignacia threatens her opponents’ even when she appears fatigued.