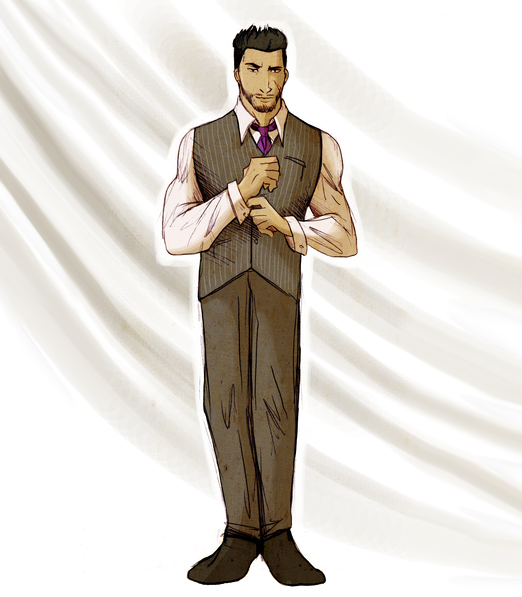 The owner and sole operator of a successful B2B company. He sells what people ask him to sell. A middle man in the fullest sense of the word, and he is good at it. Operating among the floating cities of the world, considering that it is where the wealth is, Gambito travels--a lot.

It helps that he also happens to be big, and when people don’t cooperate, well...they cooperate.

Gambito has never really been one to consider the deep things in life; he never saw the numbers in it. However, an encounter with the River has left him quite shaken, and tangibles have felt meaningless ever since.

Gambito, ever trying to find his way, may have stumbled across the path he didn’t know he was looking for. But, there is no bargaining to be done here.

His most unique talent is that he works to level the playing field by undermining everyone in a raw deal--or rather, everyone who is unprepared. Any time an attack occurs, everyone loses out except for those with nothing to lose.