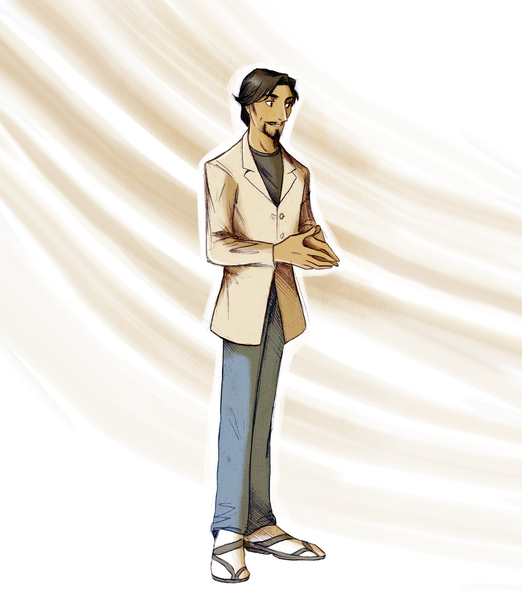 A man who pursues intellect over finances, Boulos is an educator, of Lebanese descent, who looks to better the world around him. In a time where public education is no longer required, he serves those who truly desire to learn and to grow.

The government has never regarded him as anything, so long as he teaches to a publicly acceptable understanding of knowledge. In a time where entertainment and wealth are all that matter, Boulos is merely seen as unnecessary.

It is not until he encounters the River that he sees government censorship for what it truly is.

Don’t be fooled by his academic visage. Boulos uses his intellect to deal hefty damage, and he does so quickly.

Ignore him for too long, and you will find it quite difficult to outsmart his defensive endgame as well.