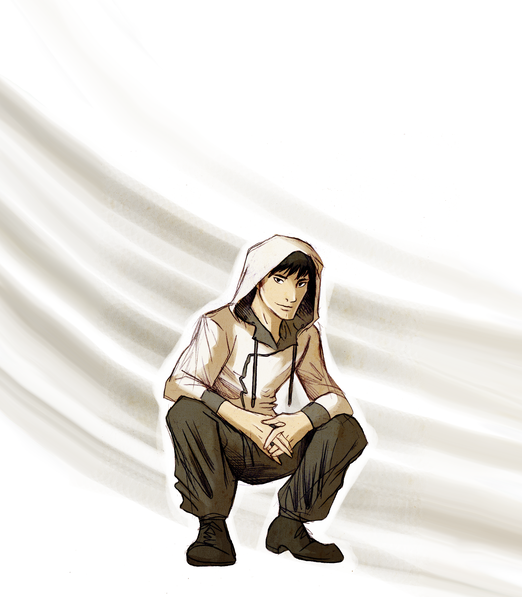 A Skybound FreeRunner of Japanese descent, Akio dropped out of secondary school in order to chase down wealth--only to find that it was a much longer journey than he anticipated. After getting caught up with a group of FreeRunners (Parkour) outside of school, he felt that he had found something he would be good at.

Leaping off of floating islands onto corporate skyships, dashing across the mighty blimps of the sky, soaring through the air from one APH (Air Propelled Hovercraft)  to the next, Akio seemed perfect for the job. But, he got in too deep, and the new found group of friends were not so friendly.

After encountering the River and learning to GhostWalk, Akio easily assumed the role of River Guide.

Though not the strongest, Akio’s speed makes him quite defensive.

Moreover, with just a little bit of strength, Akio can wear out multiple opponents in a single run. Any time he fatigues another hero, he himself remains unfatigued.